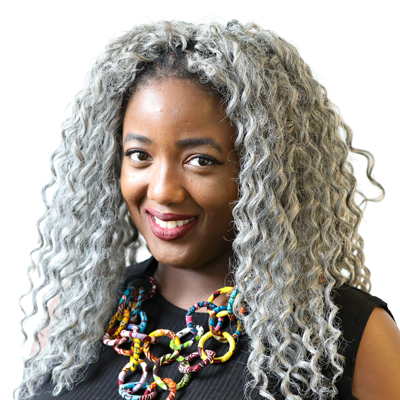 The fields of science and technology are constantly evolving, and while there has been a great recruitment drive for women in the field, it seems that mainstream media hasn’t quite caught up.

CEO and Co-Founder of Stemettes, Anne-Marie Imafidon, started out in the industry working in a technical role. Despite the lack of female colleagues, she was well treated and well supported, and it was only after attending a women in STEM conference that she realised some of the difficulties females in the industry were experiencing.

Fortunately, the industry has changed since then. That same conference has now more than quadroupled its attendees as the STEM environment starts to put the recruitment of women at its core. Still, it’s not enough for Anne-Marie.

Why soaps need to show women in STEM roles

She says, “What I would love, is to turn on Coronation Street and see a scene that focused on a woman in a lab or a more technical role like engineering. We’ve done really well at starting the conversation with things like the new Gillette ad but it’s not enough. STEM women are invisible in the mainstream media.”

For Anne-Marie, it’s not just within recruitment that there is a problem, but also at retention and academic levels. “Most of it is about funding,” she says. “The typical venture capitalists and angel investors are still worried that women will give everything up for a family life. Actually, this is a bit of a red herring. Women don’t stop work because of a family, they give up because they don’t get the same career progression or responsibilities.”

When it comes to normalising the issue, Anne-Marie has advice for parents. She says: “Stop taking LEGO off girls or expressing surprise at experts who are women on the news. If we verbalise stereotypes then our children repeat them and it’s a form of conditioning. It’s not the schools’ fault; these messages are in everything from toys to books. We just need to be conscious about what we are reinforcing.”

There are, however, initiates to help young girls from as young as five to get involved in science- and technology-based subjects and Anne-Marie suggests seeking them out. “Young women are great at problem-solving,” she says. “They want to help find resolutions, which is why subjects such as medicine, biology and veterinary science don’t have the same problems recruiting women.”

As STEM evolves, the hope is it will become as extra-curricular as gymnastics and ballet. Anne-Marie agrees: “As technology evolves, parents will need to re-train and getting involved with their children now is just the first step.”