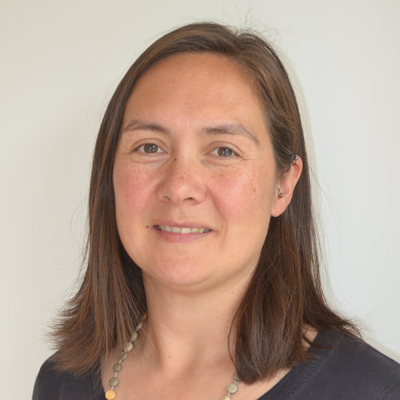 Pictured above at the Jazan project, Saudi Arabia

A leading chemical engineer explains her route into the industry — and why she wants to inspire younger female students to discover their own passions and follow in her footsteps.

Crystal Dolphin admits that she fell into her STEM career, “almost by chance — and partly by luck.” As a school pupil she certainly didn’t have any female role models working in the sector to inspire her; while, among her peer group, she was one of only a handful of girls interested in studying science or maths at A Level.

Crystal’s aerospace aspirations remained with her as she set a new goal to become an aeronautical engineer. However, a flair for chemistry over the physics-based aeronautical requirements brought about a change of plan. “That’s what made me think aeronautics wasn’t going to be for me,” she says. “It’s why I chose chemical engineering at university.”

Working at the heart of the chemicals industry

After graduation, she did a Master’s degree; then worked as a chemical process engineer before joining industrial gases company Air Products in 2007. She is currently EMEA Commissioning Manager at the company, overseeing the teams charged with starting up the new plants that Air Products builds in Europe, the Middle East and Africa.

In 2015, Crystal got the chance to work on the biggest build project Air Products had ever undertaken: the world’s largest industrial gas complex in Jazan, Saudi Arabia. For a while, however, it looked as though she might never get to visit the site — simply because of her gender and cultural norms within the geography.

“The project is located in a place where it’s not commonplace for western women to travel for business,” Crystal explains. “I did get to work in Dubai, which was great; but I still really wanted to go to the Jazan facility. So, I kept on pushing!”

With full support from Air Products, her persistence paid off and she travelled to Saudi Arabia to work on the Jazan site. “Another female colleague and I became the first western women to work on the site,” says Crystal. “It was problematic at times. When we went through the refinery gate, our car would be pulled over because we were women, and the local security did not know whether we were allowed to go on site.

“Since then, I’ve travelled to the project site on several occasions, as have my female colleagues. It’s positive to see how things are changing, and a really positive story, I think.”

Being a role model for the younger generation

“We never had any women come to our school to say: ‘I’m an engineer, and this is what I do,’” she says. “Children need to meet people in those jobs and ask them questions. Initiatives like Stemettes and Space Camp are making great strides in engaging young people with STEM and it’s exciting to see STEM subjects become more accessible to young girls, especially.

“I do a lot of challenges with children that help them learn what engineering is all about: problem-solving, coming up with ideas, and then making them a reality. And if they fail, they fail — but then they work out why they failed.”

She advises any female student thinking of a career in STEM to follow their passions. “That’s basically what I did,” she says. “I now get to travel, discover new places, and solve problems in different ways and I love it. I believe that if you do something you enjoy, you’ll be successful at it and everything will fall into place.”

In April 2015, Air Products announced it had been awarded a 20-year contract by Saudi Aramco (the world’s largest company), under a joint venture of Air Products and ACWA Holding, to build, own and operate the world’s largest industrial gas complex to supply 75,000 metric tons per day (made up of oxygen and nitrogen) to Saudi Aramco’s refinery and Integrated Gasification Combined Cycle being built in Jazan, Saudi Arabia.
If you are interested in a career at Air Products like Crystal? Learn more about the opportunities available at www.airproducts.co.uk/Careers