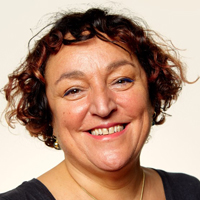 Women make up 51% of the world’s population; approximately 50% of women play video games but only around 20% work in the games industry. Why don’t more women work in the sector or see it as a business to build or career choice? How can we encourage more girls and women to join the industry?

Three key areas are proving stubborn to shift: equality of rights – equality of opportunity – and the right to be free of bullying and harassment.

Worldwide, female and male equality is still too low

Only six countries in the world have equal legal rights for men and women. A recent report by the World Bank found that men and women are completely equal in just six countries! Belgium, Denmark, France, Latvia, Luxembourg and Sweden. This inhibits women’s ability – worldwide – to work, start businesses, make economical decisions that are best for them and their families.

The UK treasury reported female entrepreneurs’ businesses get 157 times less funding than their male counterparts. We saw £32 million given to women-only startups in 2017. Male-only teams received £5 billion. Women receive just 0.5% of venture capital funds. So, simply put, say you are a female and want to start a games company in the UK. Currently you do not have the same opportunity as a man.

Abuse towards women in the games industry

We must support women in games and Esports

Our mission at Women in Games is to achieve full equality of opportunity and treatment for all women working, or wanting to work, in the games and Esports industries. This campaign represents the opportunity to highlight positive progression, while remaining aware of the challenges that still need addressing. Working together with all areas of the sector is essential to us. Women in Games has an aim to create an equal, diverse and inclusive games industry.

Representation of women in the games industry was at 14% according to the 2012 Creative Skillset Employment Census figures. Six years later, according to the 2018 IGDA Developer Satisfaction Survey (which presents a global picture), females made up 21% of industry, (2% as male to female transgender). So there is still far to go.

Across the sector, the conversation has amplified. There are more equality, diversity and inclusion advocacy groups, increased accountability, more inclusive studio cultures and diverse products emerging.

I was impressed by the diversity of content running throughout the GDC 2019 conference, particularly specific events such as: ‘Building a better world through gaming’, which was the theme of the Women in Gaming Rally. Helen Chiang, the studio head of Minecraft, gave the keynote address, which focused on ‘communities’ and the mantra that we are ‘stronger when working together’. Women in Games believes this too and we are active in engaging in exciting collaborations with industry, education and the research community.

About Women in Games:
Founded in 2009, Women in Games is a not-for-profit organisation. It provides encouragement, support and advocacy for women and girls throughout the game industries and educational pipeline. This is available both nationally and internationally.

My top read for Spring 2019:
Also, at GDC, Women in Games was celebrated at a 10-year Anniversary Party hosted by 2K, which included a book signing of Meagan Marie’s inspirational book, Women in Gaming:100 Professionals at Play. Books like these are so vital in providing understanding of career opportunities within the sector and highlighting exemplary role models.