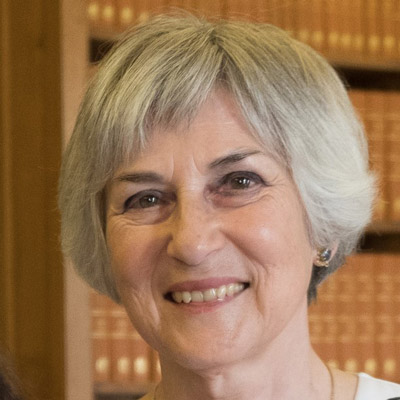 Chair of The Diversity Committee, The Royal Society

To get more young women interested in science, they need to be aware of the sheer variety of job roles the sector offers — and the exciting careers that await them.

There’s still a worrying lack of women in engineering and physics, says Professor Veronica van Heyningen, Chair of the Diversity Committee at The Royal Society, the organisation dedicated to promoting excellence in science. “The question is, what can we do about it?” she asks. “How can we attract more girls into science?”

Perhaps one way is to demonstrate how exhilarating it can be. For example, Professor van Heyningen is a geneticist who has enjoyed a high-flying career studying eye development and disease. It’s a fast-moving field. “I think science is good fun and very exciting,” she says. “I’m supposedly retired, but I can’t give it up. I’m still just as interested in it as I ever was.”

Young women also need to realise that STEM subjects can open many different doors. Science isn’t all test tubes, lab coats and Bunsen burners — although, of course, it can be if that’s an area that interests you.

But look at the bigger picture and the broader definition of the term. For example, horticulture is scientific, says Professor van Heyningen. Being an electrician is scientific. So, consider the best route open to you, be it via university or, if available, an apprenticeship.

“People in science can go into banking, or sidestep into law, teaching, writing and communication,” she says. “There are some things that can only be done in a lab; but being a bioinformatician or working in artificial intelligence, for instance, can be done more of less anywhere.” She believes we need to talk to primary schools about jobs in science and introduce them to female role models working in the sector.

The business case for diversity

Getting more women into science isn’t just an equality issue. It makes sound business sense, too. Recently, Professor van Heyningen attended a talk by Margaret Heffernan from the School of Management at the University of Bath. “She pointed out that diversity is important within teams. For a team to be successful, it can’t be full of people who are all brilliant at the same thing.”

Barriers to women in STEM are being broken down

Thankfully, says Professor van Heyningen, the barriers that women face are slowly being broken down, with many companies and organisations making an effort to support women — and men — who are juggling careers with families or other caring duties.

For anyone thinking of a science career, Professor van Heyningen advises keeping studies as broad as possible before focusing on a specialist area. “That’s because people increasingly work in groups that need many different skillsets,” she says. “So stay broad, stay interested.”