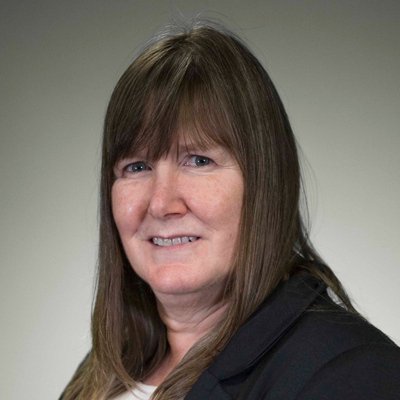 When Karen Mason started her career as an apprentice in the 1980s, she was just one of five girls among 144 men. Today, STEM still struggles to recruit enough females, but steps are being made to redress the balance.

STEM products are changing – from the personal computer to the 3D printer – and it is women who are benefitting from these new opportunities.

Karen Mason is the Principal Design Verification and Certification Engineer at MBDA. As is common within the engineering industry, Karen has worked in a team where there are more men than women for years, but it rarely phased her. “I have always been proud of my contribution,” she says. “But I used to make sure that if I was meeting someone outside of the team, then they knew my name was Karen from the start and not just ‘K Mason’. I wanted them to know that they were dealing with a woman, because that was a rarity in those days.”

For Karen, it has always been her work ethic that has been rewarded, regardless of her gender. She says: “Some of my proudest achievements have happened in male-dominated teams. Within our field, it didn’t matter who we were, just what we did. And I think younger girls are starting to realise that.”

Good at puzzles from a young age, Karen knew she wanted to solve problems within the workplace – something she believes is innate in all young children, if given a chance.

“If you leave a child in a room, they will happily play with a jigsaw, building blocks and even a computer game. It’s when society gets involved that girls have to play with particular stereotypes that we lose our curiosity. And that is ultimately what drives us to STEM-based roles – curiosity.”

It is the advances in technology that Karen believes is drawing women back to STEM environments. “The world has become a smaller place,” she says. “We have opportunities to work remotely or from a variety of offices, and that style of working is attractive to women.”

Family commitments were traditionally an issue

One of the biggest changes in the STEM environment comes from family-based legislation, such as maternity and paternity rights alongside flexible working, something that was vastly different for Karen. “A lot of women I knew simply didn’t return to work after having a baby,” she says.

“I had to make it work by working shifts with my husband. Now, I’m delighted to see men taking their deserved time off to be with their family. The environment is much more family friendly than it ever was.”

Yet, Karen thinks there is still work to be done. She says: “While working on the job as apprentices is attractive to young girls who had the same problem-solving attitude as me, as an industry, we are potentially missing out on a wide range of older women in their late 20s and 30s who want to enter the industry but have commitments. I think we need to work out a way of including them in the STEM environment.”

Now, Karen is keen to get young people understanding the different pathways to enter STEM environments. She says: “Hearing that you need good results in maths and science to enter this industry is scary for even the most advanced students. We need to be more vocal of the other routes available, such as apprenticeships and training. Plenty of my colleagues do not have academic backgrounds, and that is absolutely fine.”

For Karen, what’s the one thing that is making a difference in getting more females recruited in to STEM roles? “It’s us older girls going out there and telling it like it is,” she says.

“The most important thing is to tell everyone – male and female – that if they want a role in engineering or science, then they can have it. Yes, I’ve felt intimidated walking in to a room full of men, but at the end of a successful project the only feeling I’ve had is not whether I’m a woman or a man, but that I’m an engineer.”